Comat is an equipment manufacturer for the space sector. Located in Toulouse, in the heart of a unique technological ecosystem, we have been providing instruments and flight equipment for years. From understanding client’s needs to the exploitation of products, Comat has a solid team of highly qualified experts. With its unique industrial capacity, our design office has evolved over the years to become the digital factory of tomorrow.

The story of Comat began in 1977 with the development of instruments operating in microgravity. The first projects onboard the MIR station, FOTON, followed by the ISS international station, were engaged together with the start of a close collaboration with the European Space Agency. Thanks to the biological analysis instrument, Kubik, Comat is now a leader in microgravity equipment in Europe.

In 2008, the AGORA Industries group and its President Benoit Moulas, gave a new impulse to Comat. Joined by Ludovic Daudois in 2011, they set out to develop new capacities to better adapt to market evolutions.

The company then successfully moved into developing mechanisms for Science and Observation. To this end,  it adapted its industrial base to better answer customers’ needs by providing innovative solutions in terms of cost, reliability and deadlines.

Comat then began investing in ultra-high precision machining centers and the development of “Design to MAIT” (Manufacture Assembly Integration and Test).

Starting in 2014, Comat set off to conquer Newspace with a special effort invested in R&D. While France was just beginning to explore this topic, the company was already studying several mechanisms and concepts.

According to Comat’s managers “What is crucial in the concept of its new products is innovation and technological breakthrough”. “We develop products with elegant technologies, for perfectly controlled costs, with adapted production capacity and throughput, while remaining inflexible in terms of space performances and requirements.” 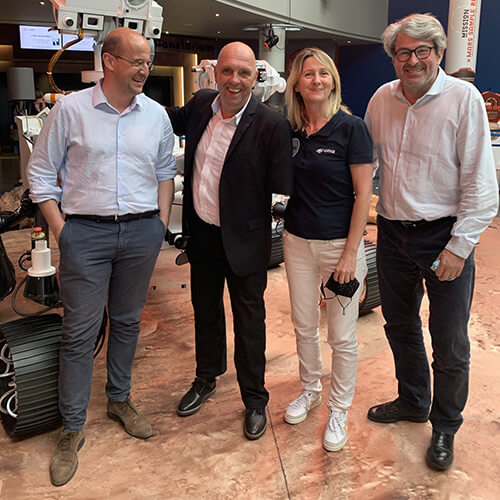 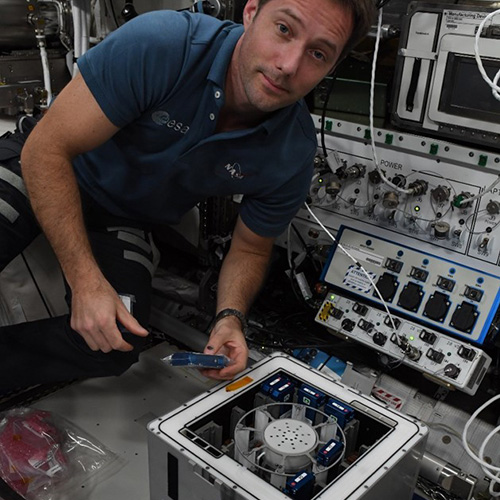 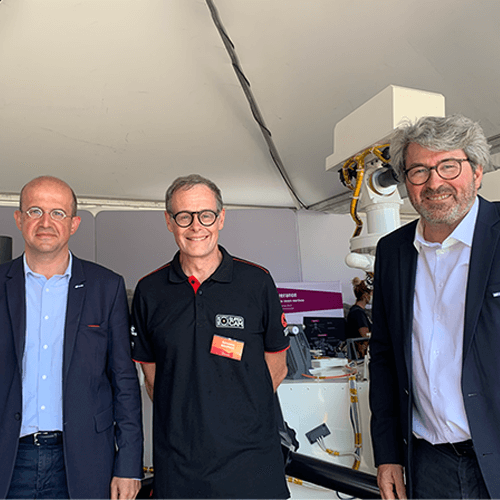 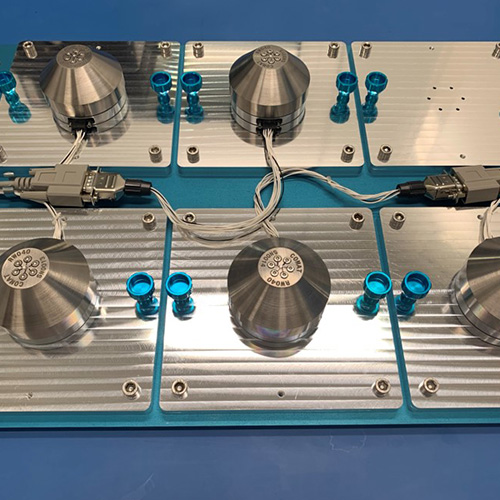 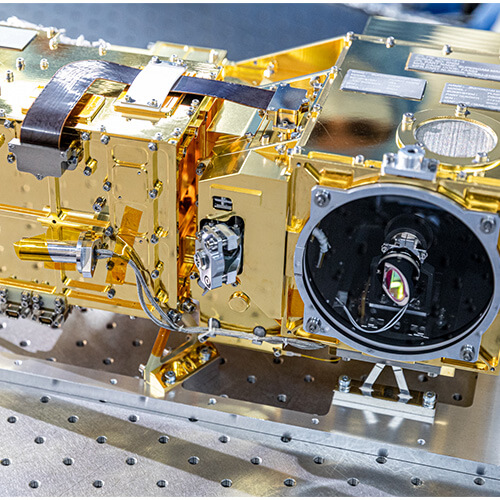 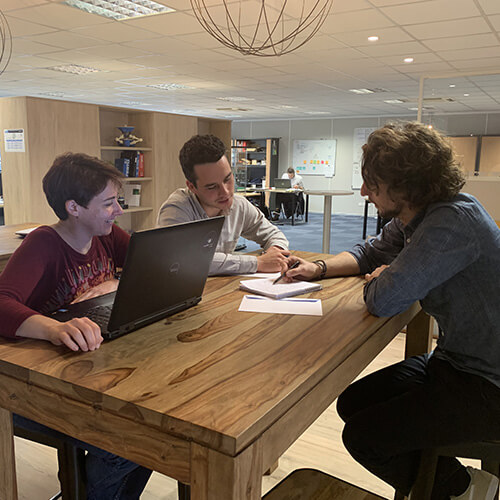 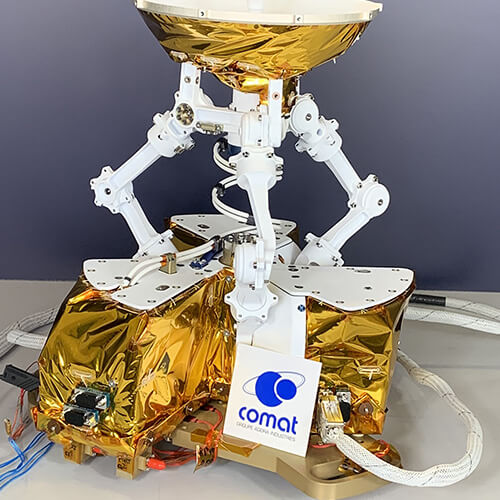 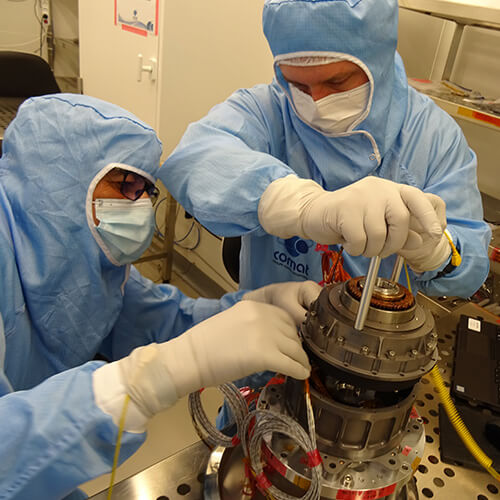 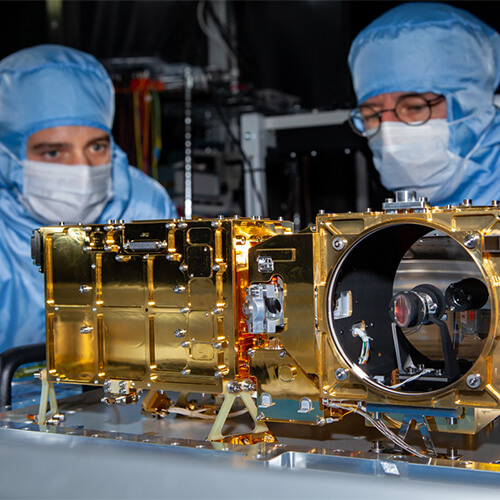 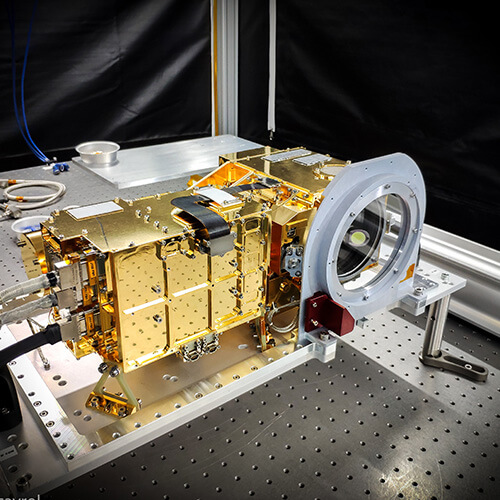 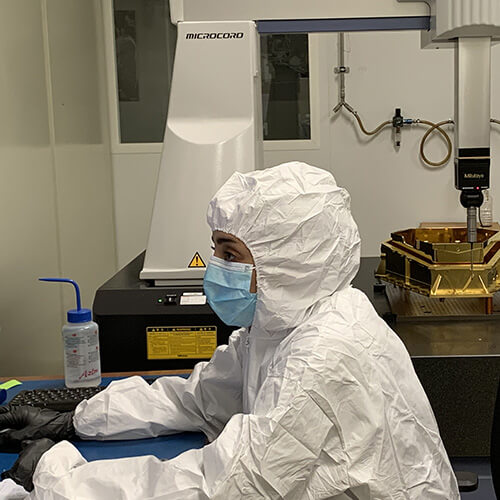 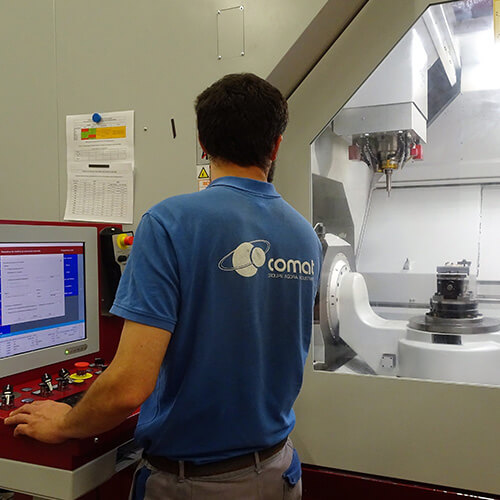 At Comat's, PERFORMANCE is measured in terms of customers' overall satisfaction. With this in mind, our teams keep on striving to achieve: the highest quality when it comes to our activities, respect for deadlines, and cost control.

At Comat's, INNOVATION, which defines our corporate culture, is driven by our many talented employees. Everyday, this is reflected in the promotion of elegant solutions powered by recognized technical expertise.

At Comat's, EXCELLENCE is built on compliance with customer, legal and regulatory standards.

Promoting our ethics based on the knowledge and respect of standards and regulations, making sure of employees' fulfillment, of their safety, health, and enhancing their talents. 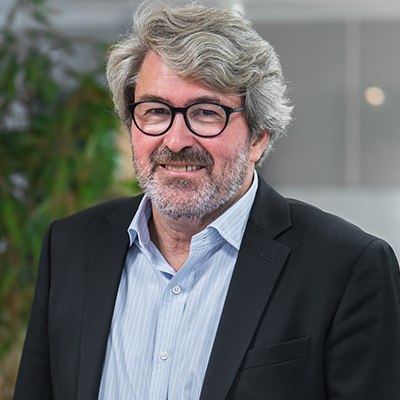 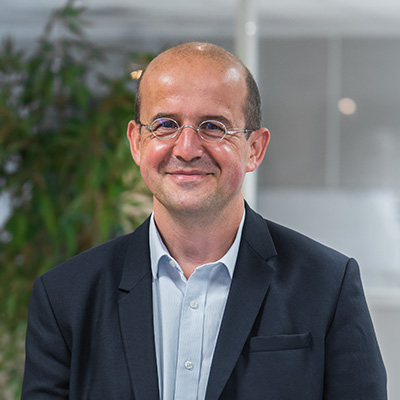 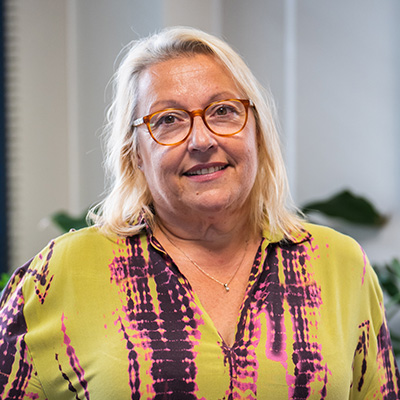 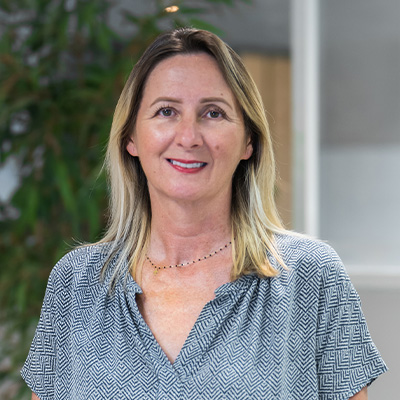 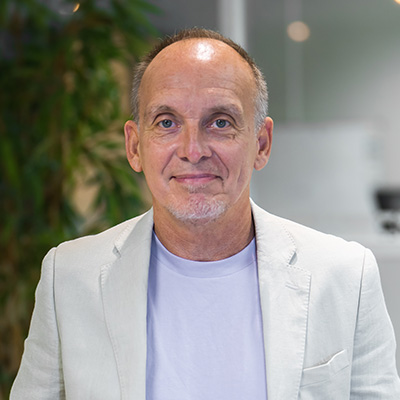 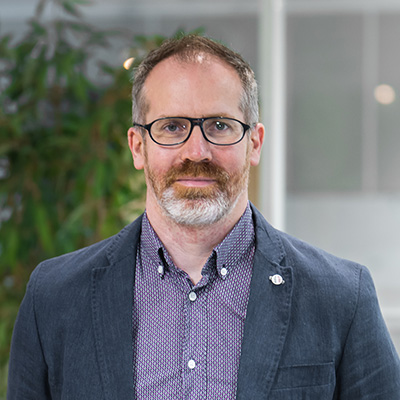 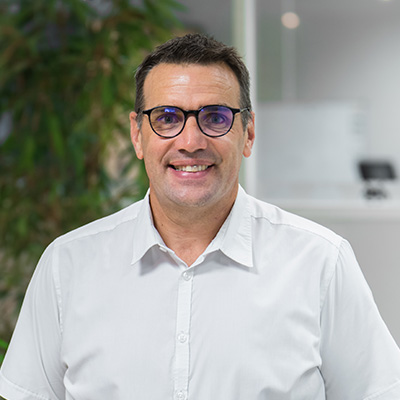 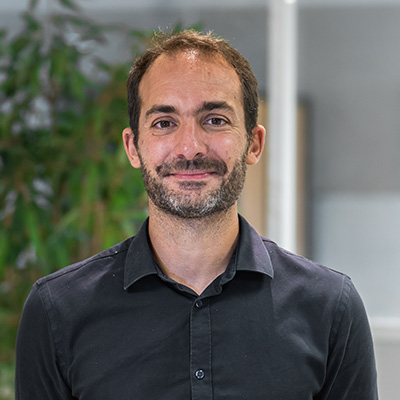 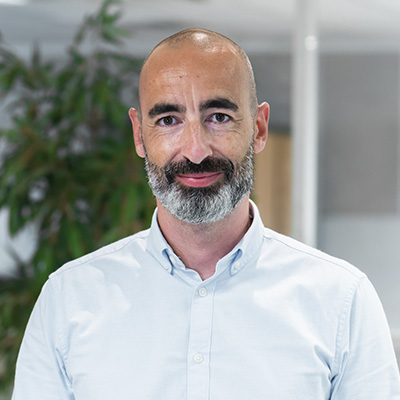 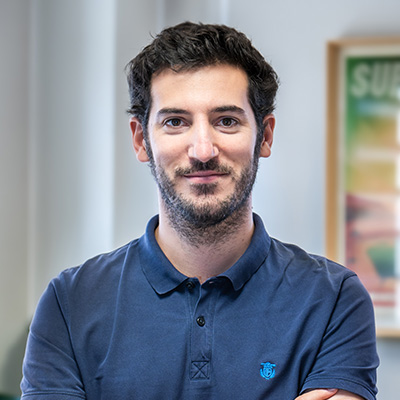 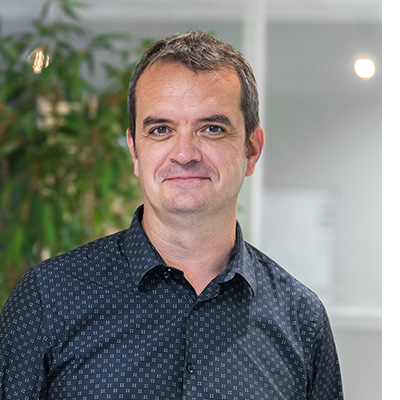 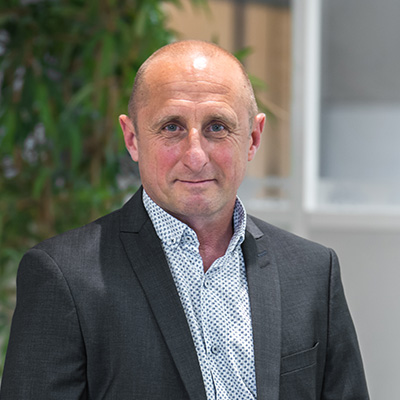 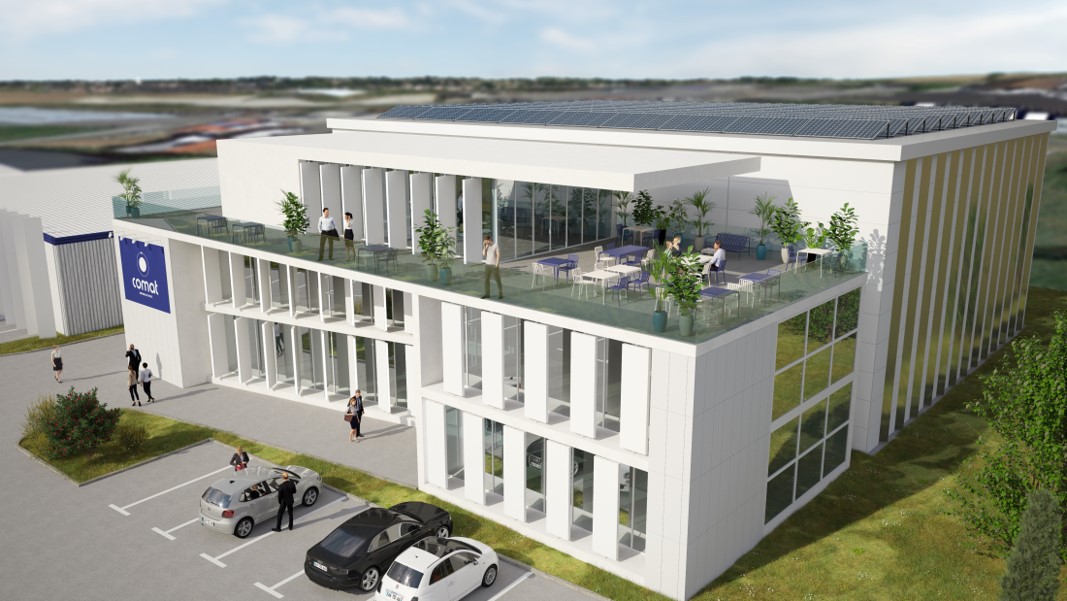 Comat thinks big. With this in mind, it will launch its Start-up Work Place in the coming months. In the new Comat site in Flourens, there will be a space dedicated to start-ups.

Our intention with this new addition is to promote complementarity. The new space market is characterized by projects driven by young entrepreneurs, who are looking for a heritage of space knowledge and a mature industrial organization to reach their market.

Comat proposes to make available independent areas, dedicated to start-ups where our operators, engineers and experts will share their know-how and related means, notably in our integration rooms.

We invite you to enjoy our quality environment and to be a part of our SME’s success, firmly based on a fast-growing market.

Join
us
We use cookies on our website to give you the most relevant experience by remembering your preferences and repeat visits. By clicking “Accept All”, you consent to the use of all the cookies.
Accept All Reject All
Manage consent